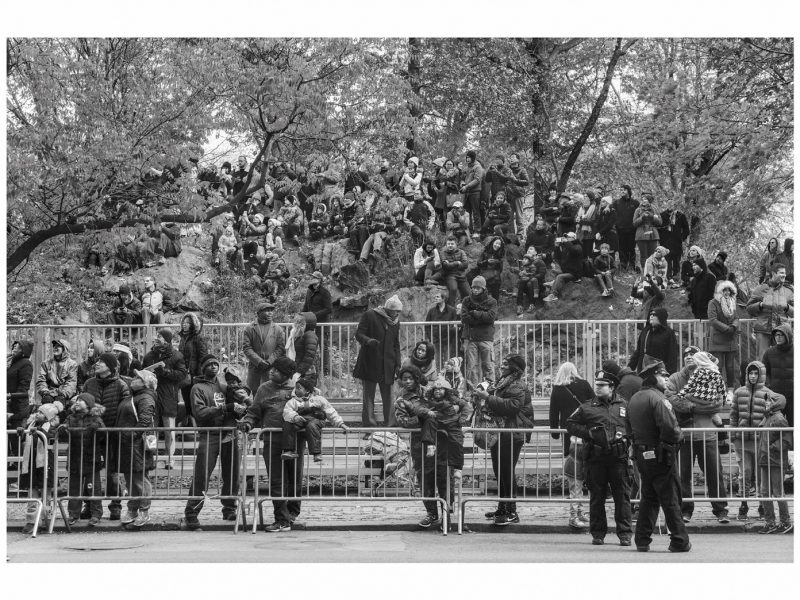 Against the backdrop of the 2016 presidential election and the constant emphasis on demographics, George Georgiou decided to look at that most American of activities, the parade, or more specifically, the community that views the parade. Americans Parade is a parade of Americans. One after the other, from one community to the next, building up a picture of Americans at this most volatile of times. Throughout the year Georgiou visit 26 parades, in 24 cities across 14 states. From huge crowds in NYC or Laredo, Texas, to small family groups in Baton Rouge, Louisiana or Ripley, West Virginia. Through details, gestures and interactions, the work explores the individual, the community and the social and political fractures that have left Americans walled off from one another along lines of race, class and geography. The resulting work is a group portrait of the USA, of multiple identities, where people stand together, in a company of strangers.

George Georgiou was born in London to Greek Cypriot parents. He has photographed extensively in the Balkans, Eastern Europe and Turkey for the last decade, living and working in Serbia, Greece and Istanbul. His work has focused on transition and identity and how people negotiate the space they find themselves in.

In 2011 his pictures has been diplayed at MoMa, New York, New Photography 2011. His book Fault Lines/Turkey/East/West is published in Italy, UK, France, Greece.