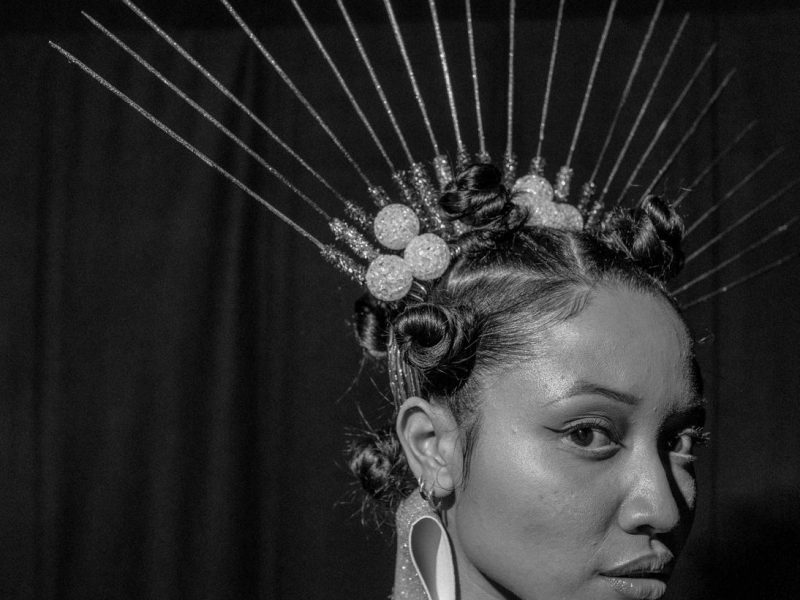 My current project Opulence (WIP) is an ode to my late brother and all people from Afro-Caribbean descent, that still are not free to live and express their sexuality to their fullest. To this day homosexuality is strongly stigmatised and condemned within the Caribbean community. Also, black people from the former colonies and the Caribbean islands in the Netherlands are increasingly racialised and objectified. This project seeks to break out of this dichotomy by portraying these subjects in unadorned, raw yet graceful portraits. During the spring of 2018 I started documenting the Ballroom scene in Amsterdam, Berlin, Milan and Paris. ‘Families’ or ‘chapters’ organise vibrant meetings that offer emancipatory possibilities of expression that relate to gender and/or race issues in a trustworthy environment where fashion and attitude mix with mutual understanding. Being honest and sincere I managed to gain access to this world of wonderful and sensitive people, avoiding fears of exploitation by the sensational approach of mainstream media. The black and white photography refers to the urban underground atmosphere of the previous century. The project records my attempt to build a living archive of feelings, gender expressions and LGBTQ identities of the Black Caribbean diaspora in the Netherlands as a testimony of the vitality and longevity of the Black LGBTQ community in The Netherlands and the Caribbean. This work has been exhibited in many places – see CV. In FOAM 3h, however, a new shape was applied with ultraviolet light that switches on and off at set times. This gives the installation as a whole a form that fits even better with the feeling of the “scene”. I.e. lighting design and the portraits reinforce each other in the intended effect and giving the community agency over how their image is being perceived by the general audience.

Dustin Thierry is a contemporary artist and photographer from Curaçao whose work is focused on the Afro-Caribbean diaspora in the Netherlands. Dustin (b.1985) Willemstad, Curaçao, lives and works in Amsterdam. The issues he addresses in his photos are often as personal as they are social: He’s fascinated by what drives people. As opinions and pictures fly around the world, he captures moments of stillness for reflection. Thierry believes that every image comes into its own when given the time and attention it deserves. That’s why he tends to prefer traditional methods. Part of their incomparable beauty lie in the manual process of developing and printing, in which the slowing down of time plays a vital role.