As part of this year’s Hariban Award 2021 program,  we were grateful to have the chance to interview Juror Pauline Vermare, Curator and Cultural Director of Magnum Photos. Pauline Vermare shared with us her earliest memories, formative encounters and experiences that have shaped her approach and relationship to photography today

Could you share with us some of your earliest experiences with art, specifically photography? How did you come to photography/How did photography come to you?

PV: I was introduced to photography early in my childhood by my father — his cameras and photobooks, his negatives drying in our apartment, his “hunting” for photographs on the streets of Lyon, and later Tokyo. He gave me my first camera, a small Minolta, when I was 9, and I started taking photos then. I pretty much grew up ‘submerged’ in photography… Later, as I moved to Paris to study Japanese, I got to see my first photography exhibitions, at the CNP at the time and many other venues — Paris was such a special place for photography, and still is. I remember discovering the work of Paul Strand, that moved me very much. Nan Goldin’s introductory text to her Ballad of Sexual Dependency, where she talks about losing her sister to suicide when they both were very young, also had an important impact on me, especially the lines, that seemed to encapsulate the very essence of the photographic impulse :
“I don’t ever want to be susceptible to anyone else’s version of my history.

I don’t ever want to lose the real memory of anyone again.”

What are your thoughts on photography’s relationship to memory? Have they shaped your approach to your practice and if so how?

PV: A French psychoanalyst once told me that she thought photography was the closest thing to dreams — “a regal path to our subconscious”. This is very much how I see photography. A deep and deeply personal tool, both for the photographer and for the viewer. It is a place for celebration as well as a place for mourning. A catharsis. An ideal narrative tool for history and for fiction, and everything in between. Through my work, I have been drawn to archives — preserving them and bringing them to life. I have also been working with many photographers, all of whom felt an urge to use the camera for personal or political reasons, or both. For some photographers, like Saul Leiter, who did not necessarily intend to document or create memories — just to shoot — photography can also be more of a refuge. But all in all, I would argue that one of the essential uses of photography is to produce, deliberately or not, individual and collective memories.

Who/what have been your biggest influences/mentors? How have they shaped the way you work?

PV: I was very fortunate to have many women and men on my path who paved the way for me and took me under their wing. First and foremost, Henri Cartier-Bresson, Martine Franck and Agnès Sire, to whom I owe my professional education. My formative years at the Foundation HCB in Paris taught me more than any school could have — a sense of discipline and aesthetics, and an openness to the world. I also owe a lot to Peter Galassi, who brought me to the U.S. to work with him at MoMA on his Henri Cartier-Bresson retrospective, “The Modern Century”. Curator Cynthia Young and writer Carole Naggar have also been very generous and inspiring mentors, as has Clément Chéroux, who is now the Chief Curator of Photography at MoMA. There are too many to name, but all of them have taught me to think of photography with rigor and curiosity, in an intellectual and spiritual way.

You have previously worked at the Foundation Henri Cartier-Bresson, ICP and are now the Cultural Director at Magnum Photos, New York. Could you share with us some key experiences from your time at these spaces or independent work that influenced your work and approach to photography?

PV: Each and every photographer I have met as I was working in these institutions taught me something important, by the way they positioned themselves in the world and through the subjects they chose to focus on. At the Fondation HCB, I remember being deeply touched by Fazal Sheikh’s work and dedication to his subjects. At ICP, working for the Capa Archive with Cynthia Young, the “Mexican Suitcase” — the rediscovered negatives of the Spanish Civil War by Robert Capa, Chim and Gerda Taro — was one of the most inspiring projects I ever worked on. As for Magnum, it is arguably “the story of my life”: my father was an ardent admirer of Cartier-Bresson and of the collective at large. I met Agnès Sire — then the Cultural Director of Magnum Paris — by complete chance at my politics school, and she took me in as an intern, to be Diane Dufour’s assistant at the time. Starting there in 2001 was a dream I didn’t even know I had. That’s how it all started for me. Fifteen years later, I came back to Magnum as the CulturaI Director of the New York office, and to this day I take immense pride and pleasure in representing and working with such a diverse and engaged group of photographers. All in all, I would say that these experiences have pushed me to focus on the human dimension of photography: the men and women behind the camera.

PV: The core mission of the Cultural department of Magnum Photos is to promote the work of the photographers and of the estates through exhibitions, publications, legacy projects and public programming. The unique wealth of Magnum Photos is its extraordinary archive, that spans from the 1930s to today. More and more, we seek to engage outside voices — scholars, curators, writers, scientists, etc. — to look into it in new and critical ways. The Education team – with whom we work hand in hand — promotes visual literacy and empowerment for all generations of photographers. These are core departments of Magnum Photos, and my colleagues have done a lot in recent years — especially this past year, with the Covid crisis — to provide rich online content for our audience to have more direct access to Magnum photographers. We are working together now on a free series of talks called Beyond Magnum, that will run through the month of June, where we will invite guests to discuss some of the key issues at stake in the photo world today, around the themes of archives, representation and the future of photography. Working on this series has been both challenging and invigorating.

Could you share with us a current project that you are working on which we can look forward to experiencing?

PV: One very exciting project is the above-mentioned series of talks, Beyond Magnum, that will launch in June. In parallel with Magnum, I also work on independent projects — such as the Saul Leiter retrospective I organized with Masako Sato at the Bunkamura Museum in Tokyo in 2017. A new project stemmed from a few articles on Japanese photographers I contributed to the French anthology “A History of Women Photographers” (edited by Marie Robert and Luce Lebart, published by Textuel), that in turn prompted the Maison Européenne de la Photographie to invite me to give a Masterclass on Japanese women photographers a few months ago. In the course of my research, it occurred to me that most of the well-known Japanese photographers were men, despite the fact that there had been so many great women photographers in Japan from the 19th century to today. I am now working on a book on the subject that gives me great pleasure. It is scheduled to come out in 2022.

The Hariban Award provides the opportunity for collaboration. What are your thoughts on collaborative processes and in this case with printmaking? Do you have any advice for artists thinking about entering the Hariban Award this year?

PV: I always encourage photographers to apply to awards because it is a very positive and direct way to share their work with professionals in the field. It also is a very good opportunity to define or redefine their desires and artistic motivations. In this very specific case, it also is a unique and beautiful way to imagine one’s work looking differently, through different techniques and unique craftsmanship. It is to be seen as a once in a lifetime collaboration, a creative exploration of one’s practice. The Hariban Award really is a particularly special opportunity for visual artists as it invites them to cross boundaries: it is about creativity, openness and imagination. Having witnessed the stunning craftsmanship of the Benrido Atelier in the past through Saul Leiter’s portfolio, I have no doubt that the resulting collotypes will be mesmerizing. 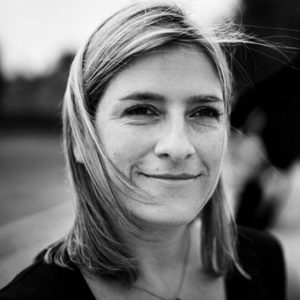 Pauline Vermare is a French photography curator based in New York City and the cultural director at Magnum Photos, New York. She was formerly a curator at the International Center of Photography (ICP), the Museum of Modern Art (MoMA), and the Henri Cartier-Bresson Foundation in Paris.

Image © The Cultural Services of the French Embassy in the U.S (original portrait has been cropped for award programming). 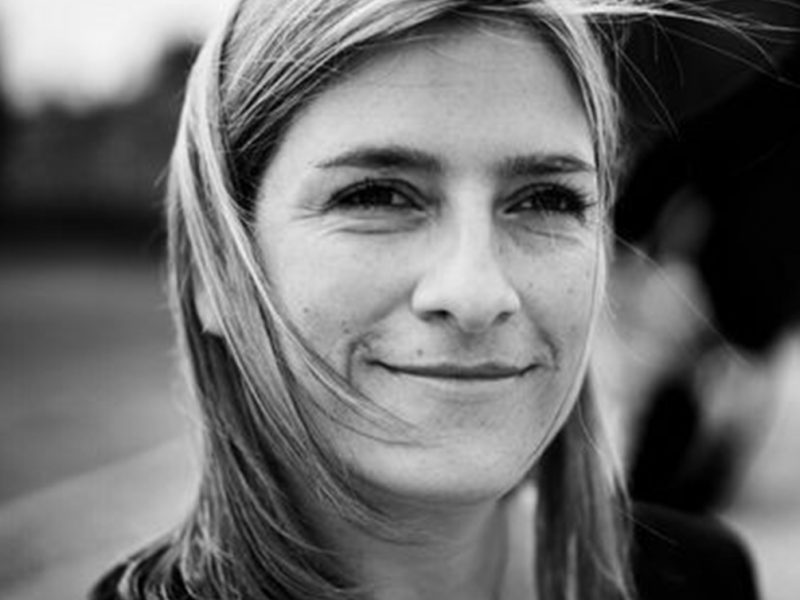 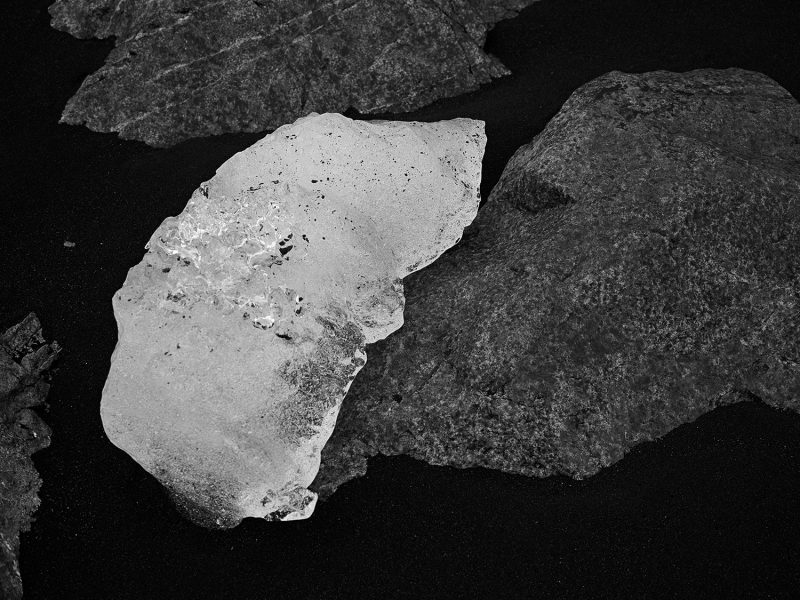 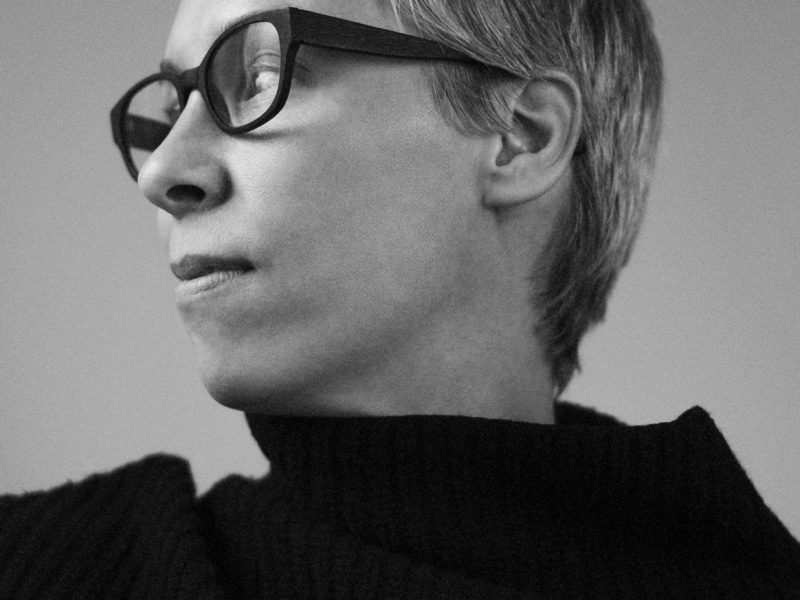 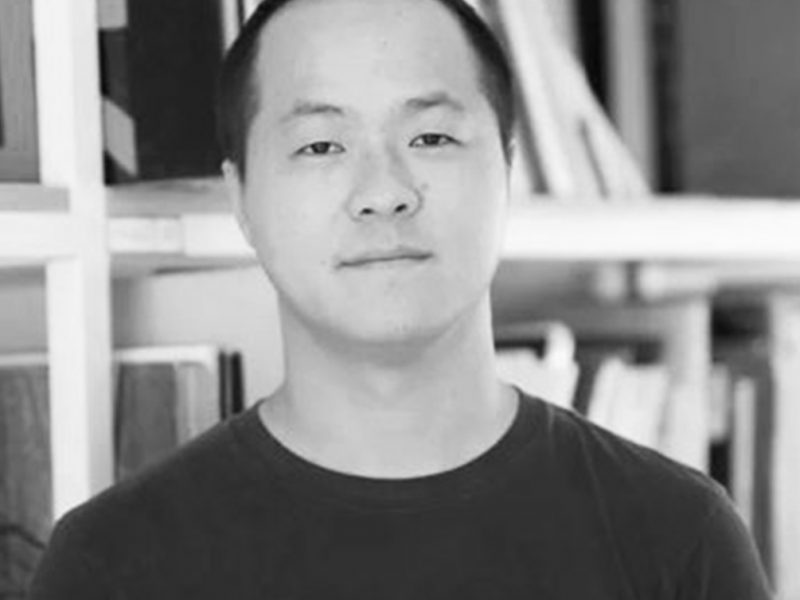 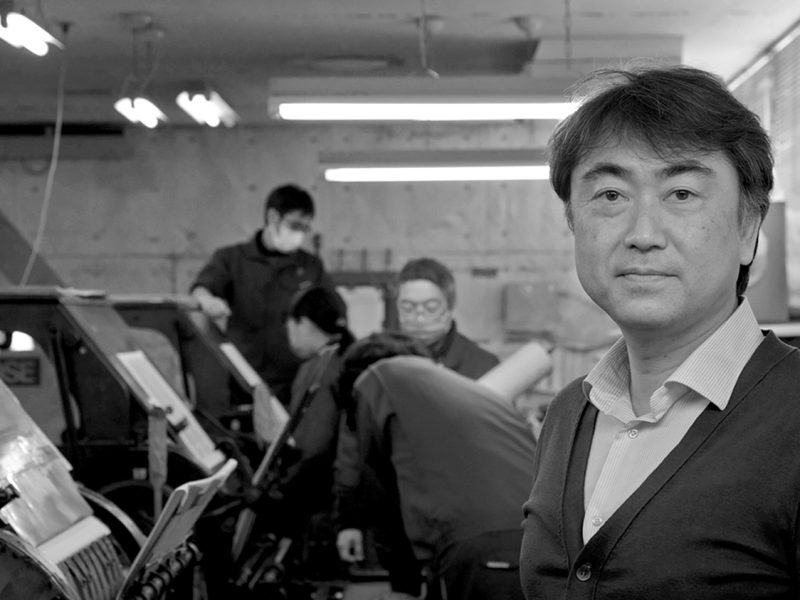 The Winners of the Hariban Award 2021