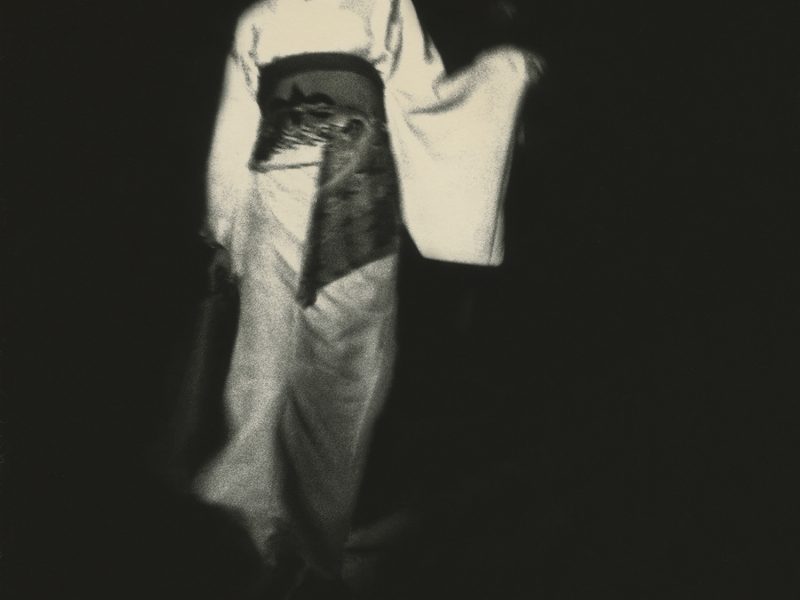 within the 20km limit.

I started imagining those peacocks

walking around the empty town

with their beautiful wings spread.

The image I had in my mind

seemed so far away

from what was going on in Fukushima.

It was as if two different layers of images

were overlapping with each other

I started to see different layers

in almost everything after the disaster in 2011.

Miho Kajioka (b. 1973, Japan, lives in Kyoto) studied at the San Francisco Art Institute and began there as a painting major, but little by little turned to photography. She finished her fine arts degree in Montreal, Canada. However, she began her career as a journalist, producing TV news and documentary programs for foreign news outlets, and didn’t produce art for more than 10 years. It was after the 2011 earthquake and tsunami that Kajioka was reconnected with her photographic art. Two months after the disaster, while reporting in the area, Kajioka found roses blooming next to a blasted building. That mixture of grace and ruin led her to create art that celebrates beauty in daily life. Kajioka’s work has been exhibited in Spain, Italy, France, the Netherlands, the USA, Germany, Belgium, Portugal and the United Kingdom. Kajioka’s latest book ‘so it goes’ won Prix Nadar 2019.

And, where did the peacocks go?