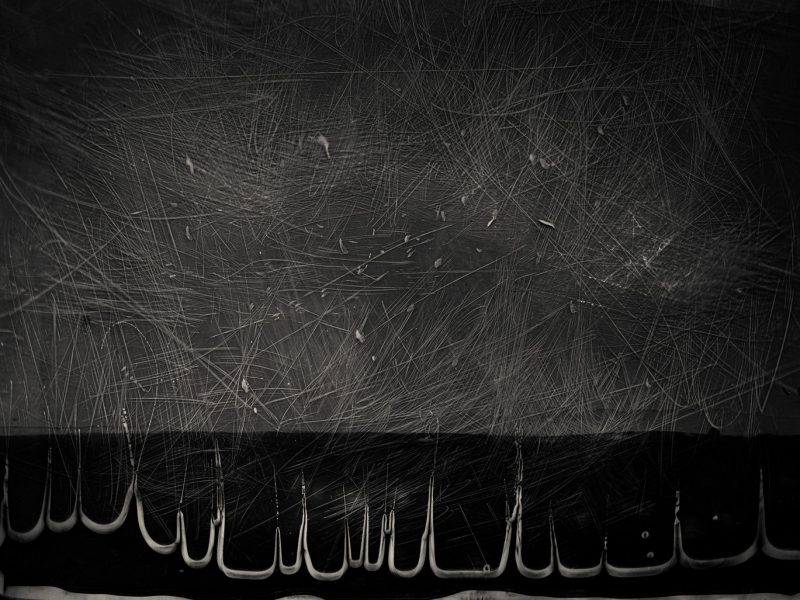 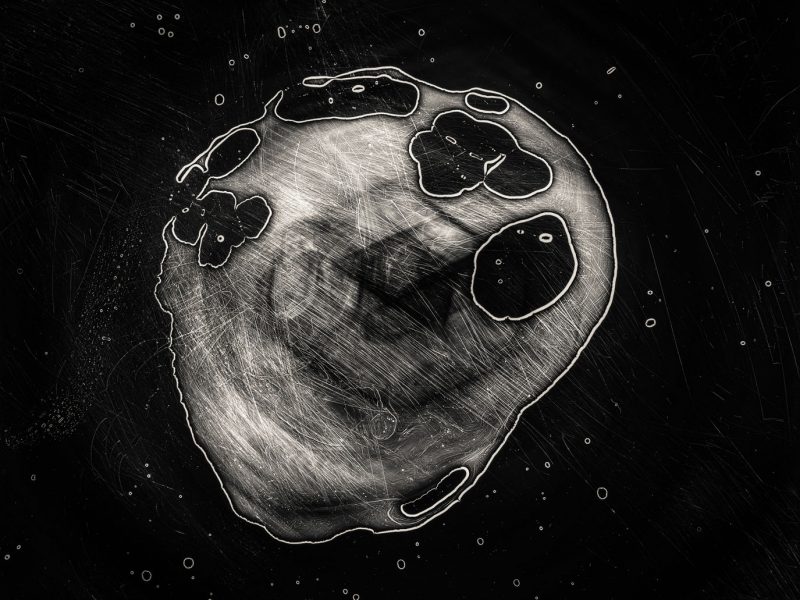 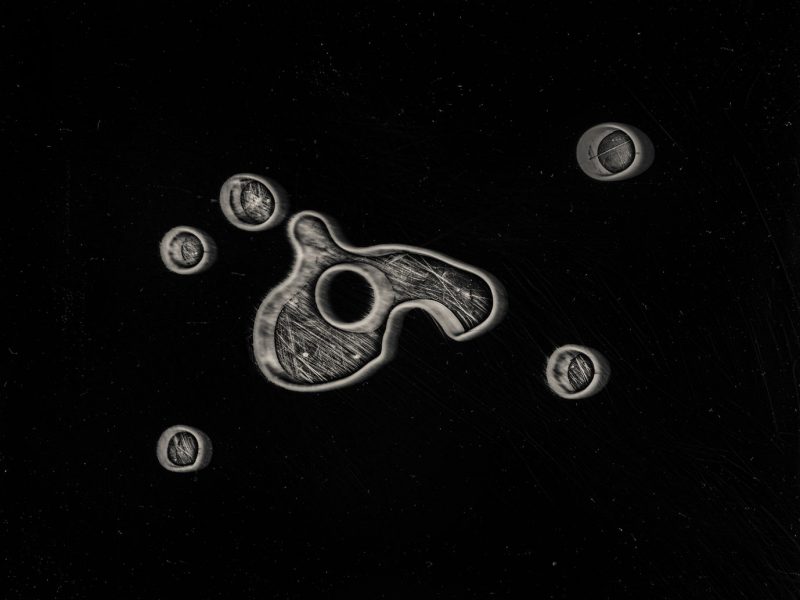 Dan Winters’ series has a complete trajectory of visual language exploration, and the exploration process is full of experimental spirit of science and materials. He has made full use of the technical processes of photography and expanded the possibility of visual language and image narration. His process of generating abstract forms from specific objects expresses the essence of visual language, while it also breaks through the visual boundary of traditional photography, creating his own understanding of the subject matter and characteristics of visual language. This series of work is also very suitable for production using traditional printing technology. I believe that the exquisite collotype printing technology will bring a more textured experience to the quality and viewing of the original image.

These photographs represent scale in nature, both micro and infinite. The universe and the micro universe. Amorphous shapes which live in the realm outside of human perception. They were made using photographic paper and chemistry. Inert liquids and substrates applied directly to the paper during exposure. Once the exposure is complete photochemistry is hand applied with various types of brushes in order to coax the image into being. The development process can take as long as a full house as the latent image appears slowly and in full view. The images speak to scale in the universe as the viewer is deprived of context and is therefore challenged to decipher each image using their own collective experience.

After studying photography at Moorpark College in Southern California, Dan Winters finished his formal education at the documentary film school at Ludwig Maximilian University of Munich, Germany. He began his career in photography as a photojournalist in his hometown in Ventura County, California. After winning several regional awards for his work, he moved to New York City, where magazine assignments came rapidly. Known for the broad range of subject matter he is able to interpret, he is widely recognised for his unusual celebrity portraiture, his scientific photography, photo illustrations, drawings and photojournalistic stories. Winters has won over one hundred national and international awards from American Photography, Communication Arts, The Society of Publication Designers, PDN, The Art Directors Club of New York, Life Magazine. He was awarded a World Press Photo Award in the Arts and Entertainment category in 2003. He was also awarded the prestigious Alfred Eisenstaedt Award for Magazine Photography. In 2003, he was honoured by Kodak as a photo “Icon” in their biographical “Legends” series.